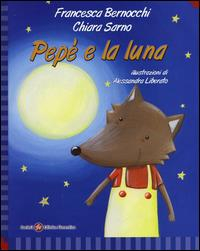 The Snowman and the Snowdog / based on the characters created by Raymond Briggs ; and the story written by Hilary Audus and Joanna Harrison

The Snowman and the Snowdog - نسخ The dragon and the turtle Donita K. Paul and Evangeline Denmark
0 0 0

The dragon and the turtle / Donita K. Paul and Evangeline Denmark ; illustrated by Vincent Nguyen

The dragon and the turtle - نسخ Frog and the stranger Max Velthuijs
0 0 0

Frog and the stranger - نسخ نبذة مختصرة: This is a new tale of friendship from Eric Carle, author of The Very Hungry Caterpillar. Once there were two friends who were always together...But one day, the boy was all alone. His friend was gone. The hero of this delightful new story from Eric Carle makes up his mind to find his friend. Undaunted, he sets off on a quest that takes him across a swift cold river, over a tall mountain, through a broad meadow and a forest full of dark shadows. He sleeps under starry skies and dreams of floating on clouds before finally being reunited with his beloved friend. This wonderfully whimsical tale is a celebration of the value of friendship and the power of a child&#039;s imagination, captured in the simple prose and magnificent colourful artwork fans of Eric Carle&#039;s work know and love so well. Eric Carle is an internationally bestselling and award-winning author and illustrator of books for very young children. He was born in New York, but spent his early life in Germany. He returned to the States in his early twenties and worked as a graphic designer and an art director before he began creating children&#039;s books. He lives in Massachusetts with his wife, Barbara.The Carles opened The Eric Carle Museum of Picture Book Art in Massachusetts in 2002. (Visit carlemuseum.org) Also by Eric Hill: The Artist Who Painted A Blue Horse; The Very Hungry Caterpillar; The Bad-Tempered Ladybird; Slowly, Slowly, Slowly, Said The Sloth; The Very Busy Spider; Polar Bear, Polar Bear, What Do You Hear?; The Very Quiet Cricket; Baby Bear, Baby Bear, What Do You See?; Brown Bear, Brown Bear; What Do You See?